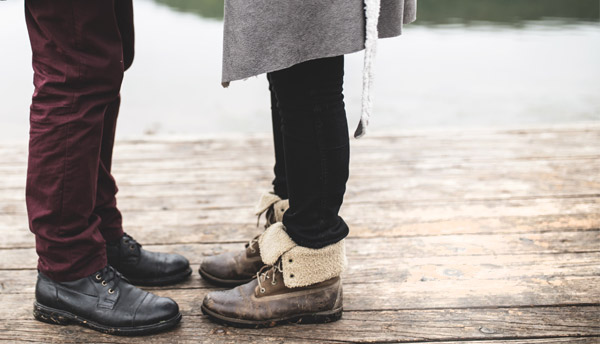 Conflict is one of those things that defines what happens in our marriages. There’s no way around conflict. But how we handle it will reveal our own sin and our own insecurity more than anything else. It will be sanctifying.

You know, for a long time I felt really suckered into this Christianity thing. Because the message I heard was that Jesus loved me, and if I’d come to Him, He’d fill me with joy. But nobody told me the second I gave my life to Him, He would start tilling up the very deep places of my heart, revealing the darkest, nastiest things. Nor was I told about the stuff that would come to the surface so that I could deal with it and find my way to joy through the cross. No one really preached that message.

I didn’t know that God disciplines all those He calls sons and that He scourges those He loves. No one ever pointed me to Psalm 51: 8: “Let the bones that you have broken rejoice.” God crushes bones? No one ever showed me the end of Moses’s story where God took him up on the mountain and showed him the Promised Land and said, “You don’t get to go in. I’m going to kill you up here on the mountain.” Never heard that one in Sunday School.

Likewise, Christian marriage gets elevated to this worldly notion of a struggle-free, conflict-free, happily-ever-after fairy tale because, you know, we love Jesus. But that’s absurd. And unbiblical. And then Christians get married and go skipping naively into their lives together, and the 18-wheeler runs over them. And then they don’t even feel like they can tell anybody that an 18-wheeler rolled over them because they’re supposed to be happy and problem-free with Jesus.

But that’s not how God wants marriage to work in this fallen world. No, He uses marriage to take two sinners into places of deeper honesty with each other and deeper trust of Him. Marriage is going to dig up some really dark things in people’s hearts. Walking according to the Spirit, though, we can learn to love each other well, take responsibility for our sins, and forgive as we’ve been forgiven. We learn to serve and sacrifice and submit in such a way that marriage becomes the real, deep, lasting joy it is meant to be as it glorifies Jesus Christ. 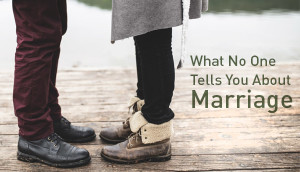 Excerpted from The Mingling of Souls: God’s Design for Love, Marriage, Sex, and Redemption by Matt Chandler 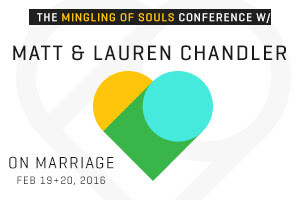 Learning to fight fair when conflict arises can be the best thing for your marriage. Join Matt and Lauren Chandler at The Mingling of Souls Simulcast on February 19-20, 2016 to dive deeper into this and other important marriage topics.