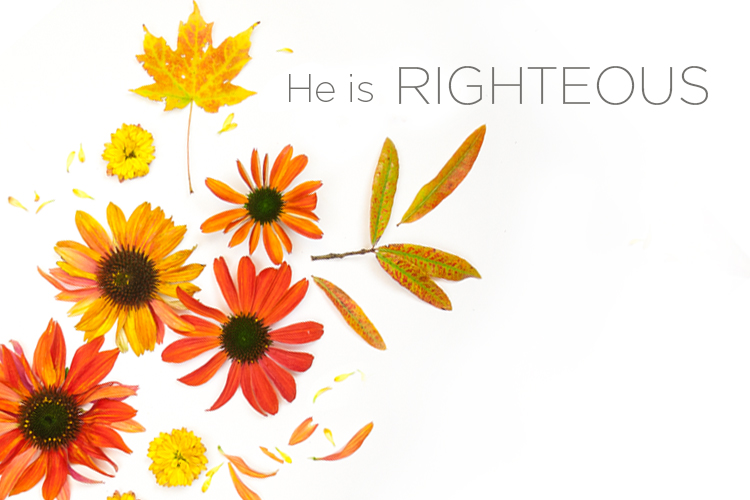 This year we want to focus on who God is. Each month we will concentrate on a different attribute of God, and we’ll have one of our authors share what the attribute has taught her about Him. Plus you’ll find pretty free art downloads at the end of each post! We pray this series draws us closer to God as we meditate on who He is. Jennie Allen continues the series with some thoughts on what it means that God is righteous.

I’m scared that some of us are missing out on a freedom way of living because of the thing that you just named. The reason that you’re stuck. The business, the fears, the sadness, the loneliness, the shame.

A few years ago, I hit a wall running at high speed. I was doing all these things for God; life was great! But my soul was aching. And my friends could see it in my tired eyes. Because I was trying to do things FOR God instead of WITH God, I wanted to prove that I was enough.

But friend, let me remind you.

God’s beautiful way of showing up was to love us at our very worst.

But God proves his own love for us in that while we were still sinners, Christ died for us. (Rom. 5:8, emphasis mine)

Walk with me through this story of Jesus sitting at the temple when a group of scribes and Pharisees bring a woman caught in the act of adultery before Him.

“…they said to him, ‘Teacher, this woman has been caught in the act of adultery. Now in the Law, Moses commanded us to stone such women. So what do you say?’ This they said to test him, that they might have some charge to bring against him.”

“Jesus bent down and wrote with his finger on the ground. And as they continued to ask him, he stood up and said to them, ‘Let him who is without sin among you be the first to throw a stone at her.’ And once more he bent down and wrote on the ground. But when they heard it, they went away one by one, beginning with the older ones, and Jesus was left alone with the woman standing before him. Jesus stood up and said to her, ‘Woman, where are they? Has no one condemned you?’ She said, ‘No one, Lord.’ And Jesus said, ‘Neither do I condemn you; go, and from now on sin no more.’”

Jesus looks into this woman’s eyes that are so full of sin, sees people jeering at her in judgment, and does something unexpected. Jesus completely changes the game.

What Jesus knows is that no one—not the Pharisees, not the scribes, not the woman—is sinless. No one is enough. No one can be enough. Except Jesus.

What Jesus knows is that He will take those rocks for her. He will replace her death that was just, with His own life. He would go to a cross and stretch out His arms. He would take the punishment for her sin, my sin, and your sin. He would be enough. He would be the righteous sacrifice and take that death that we deserved and receive it by choice.

The Appeasement of God

I want to pause on this word “propitiation.” Such a big, awesome word that means “appeasement of God” and “Mercy Seat.” Donald Bloesch helps us understand the meaning:

“We have to remind ourselves that the God of the Bible is both holy and loving. His holiness means that sin cannot be condoned. His love signifies that the sinner can be accepted if the claims of divine holiness are recognized. The atoning sacrifice of Christ both satisfies the demands of His holy law and demonstrates His boundless love, the love that goes beyond the law.” [Holman Bible Dictionary]

In other words, because God calls for righteousness, holiness, a standard we could never live up to on our own, Jesus was righteousness for us. Christ made a way for us through His sacrifice.

If we trust Jesus, this truth seeps into every part of our lives and changes us. Jesus didn’t just appease God’s wrath and make a way; He gives and works in righteousness.

Jesus transforms us and gives us a new identity.

Do you wrestle with insecurity, fear, doubt? What if I told you that you have nothing to prove anymore because your new identity is co-heir with Jesus Christ? If we can just get our heads around that one thing—that we are going to heaven, that we are brothers and sisters with Jesus Christ, that everything He gets, we get—everything changes.

2 Corinthians 5:21 says, “He made the one who did not know sin to be sin for us, so that in him we might become the righteousness of God.”

Jesus has replaced us with Himself. We die to ourselves, and Jesus lives in us. We can love and encourage and stop competing. We can serve our fingers to the nub and still smile. All because Jesus lives in us. It is a crazy concept.

The just, righteous God is also the saving God who not only rescues us, but transforms us and gives us an entirely new identity (2 Corinthians 5:17).

But it doesn’t stop there. He didn’t just do all that amazing work for us; He wants to do it in and through us. He covers us, He brings us back to God, but He also calls us to give away what we have been given.

“For the love of Christ controls us, because we have concluded this: that one has died for all, therefore all have died; and he died for all, that those who live might no longer live for themselves but for him who for their sake died and was raised.” [2 Corinthians 5:14-15]

For so long I tried to take back the power of God and tried to do it in my flesh. I said I am going to muscle this myself; I am going to please God. I can do it. But in the end, I was lost in a sea of exhaustion.

Friend—you don’t have to try so hard. Jesus wants to do this thing with you, in you, and through you. Jennie Allen is passionate about inspiring a new generation of women to encounter the invisible God. Raised in a Christian home, Jennie heard about God her entire life but not until high school did she see her need for Him. Since that time she has been teaching the women around her about God. Jennie is a Bible teacher marked by personal authenticity and vulnerability. She encourages women to go to these same places as they study Scripture, wrestle with truth, and more fully live out their short time on this planet. She is the founder of IF: Gathering and author of Anything, Restless, Stuck, and Chase. Jennie and Zac live in Austin, Texas, and have four children, Connor, Kate, Caroline and Cooper.

We have provided free art for you to help you keep God’s righteousness in your focus this month. Just click on the links below to download. We’d love to know what God is teaching you this year—share on social media with the hashtag #GodIs2017. 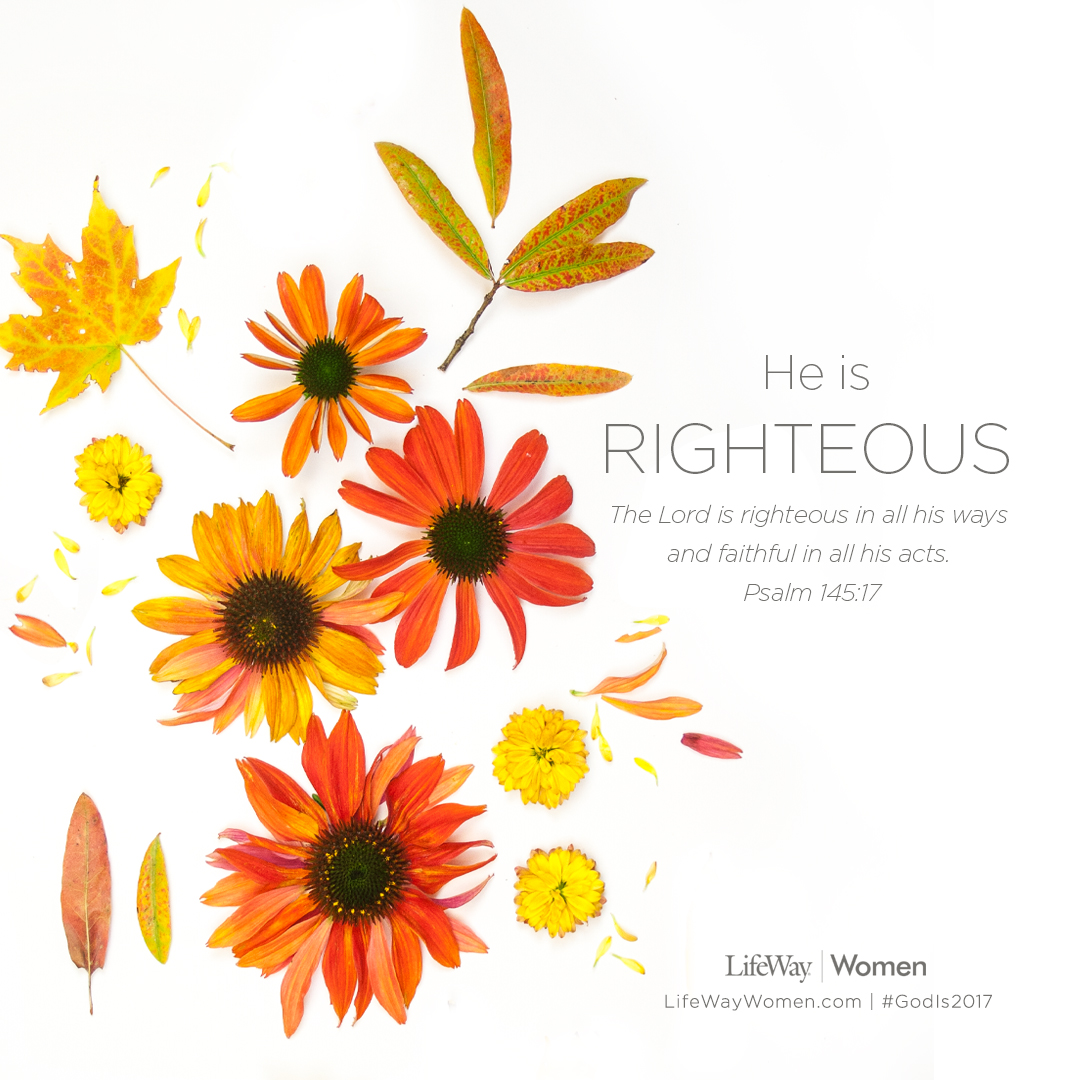 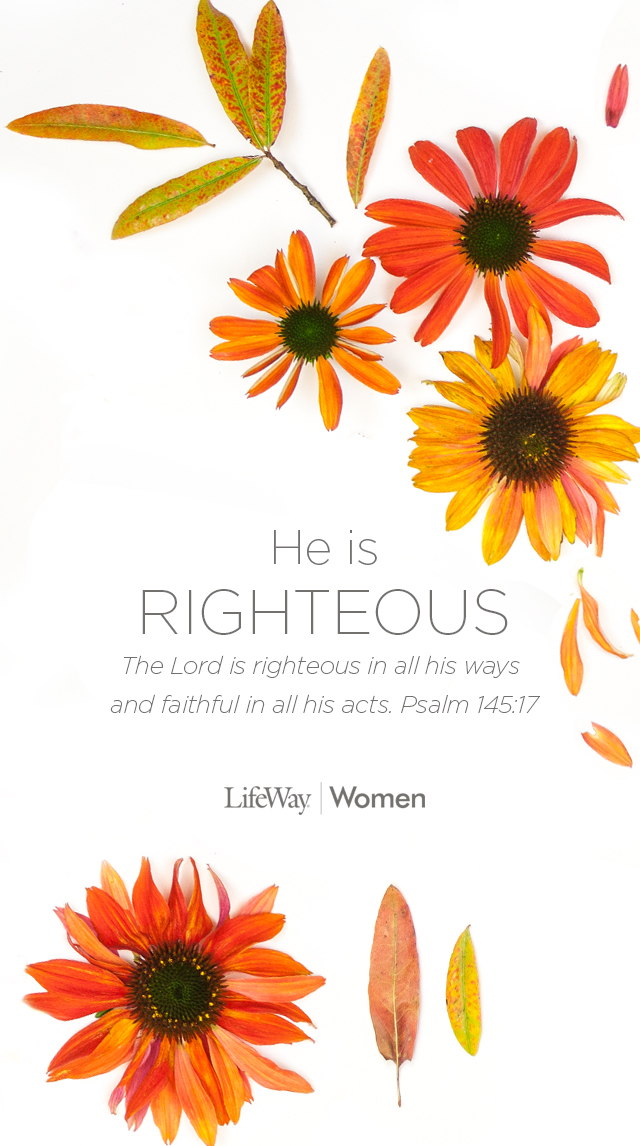 With relaxed summer schedules, the warmer months a

New on the #MARKEDpodcast: Get a sneak peek at the