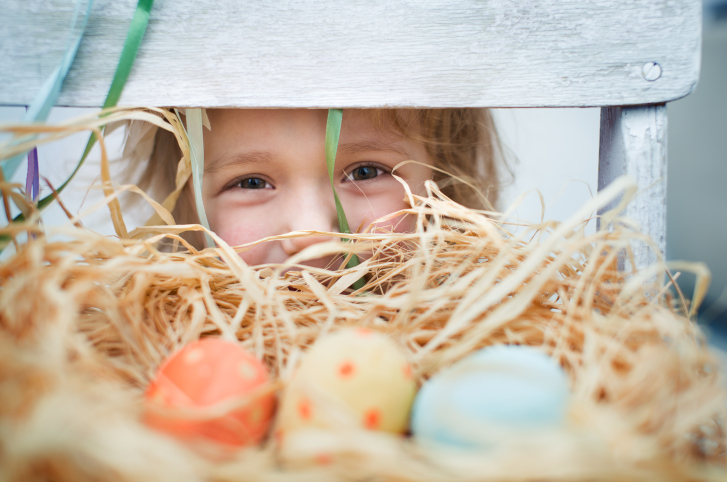 We’ve all been there—stumped by a child’s questions.

“How long does it take water to get from the sink to the ocean?” “Why do you get to eat ice cream after bedtime but I don’t?” “Does God hear prayers that people say to false gods?” Their little hearts are often full of the same questions that we struggle to understand.

Thankfully, when it comes to explaining Easter to children, we have help. In this blog post, I want to share with you one important reminder, one exciting way to explain Easter, and five huge encouragements.

Explaining Easter is not simply teaching a history lesson, it is a spiritual battle.

Our goals are not merely intellectual, but supernatural. When we explain Easter to kids, we want the Spirit of God to enlighten the eyes of their hearts to see Jesus. We know that we could give the most biblically-faithful, age-appropriate, and creatively-engaging presentation of Easter, and yet our message could fall on deaf ears. We recognize that the giving of faith is not up to us, but God. Salvation belongs to the Lord (Ps. 3:8), and he is 100% effective at what he does. Pray for God to work!

One EXCITING Way to Explain Easter: The First Adam and the Last Adam

One exciting way to explain Easter to kids (and adults, for that matter!), is to start back in Genesis and talk about Adam. I’ll refer to him as “the first Adam.” What follows below isn’t a script, per se, but talking points.

We need to understand that as the first man in God’s creation, Adam contained in himself the beginning of all of his descendants after him. So when the first Adam fell into sin, we all died with him and became sinners along with him. (You could explain more about the concept of seed/descendants to older children.)

Death is a horrible reversal of God’s good design. But praise God, because we are so very precious to God, he did not want to leave us dead in our sin! In order to rescue us from being separated from him forever, God promised that he would send another man. This “last Adam” would perfectly obey God, crush the head of the serpent, redeem what the first Adam has lost, and finish the job that the first Adam failed to do.

When the fullness of time came, the eternal Son of God left heaven and was born a man. Jesus is the last Adam! Jesus was not only in the image of God, He was God. In the wilderness, the last Adam resisted the Devil as he tempted Him to reject God’s will.

Then, the night before Jesus died on the cross, He went to a garden, and in agony He prayed to His Father, “Not my will, but yours, be done.” Jesus was then taken away by soldiers to a series of court trials. It was ridiculous the way they treated Him—He was innocent! But the last Adam went through all of this willingly in order to die in our place for us, because He knew He was being “delivered up according to the definite plan and foreknowledge of God” (Acts 2:23). And then, even though they found in Jesus no guilt worthy of death, they asked Pilate to have Him executed on the cross. And when they had done to Jesus all that was written of Him in the Old Testament, they took Him down from the cross and laid Him in a tomb in a garden.

Three days later, early in the morning, some women went to the garden to help take care of Jesus’s dead body, but He was gone! God had raised Jesus, the last Adam, from the dead! Jesus appeared to hundreds of people who saw His new, indestructible, resurrection body. Jesus’ resurrection is proof that the wrath of God was satisfied, forgiveness of sins was obtained, and the church was ransomed. Further, Jesus is the first in God’s new creation!

Remember, Jesus is the last Adam, so He contains in Himself the beginning of all His descendants after Him. So when Jesus was crucified on the cross, everyone who trusts in Jesus died with Him. When Jesus was raised from the dead, everyone who trusts in Jesus was raised with Him! Through the first Adam we received death. Through the last Adam we received the resurrection of the dead. In the first Adam all die. In the last Adam shall all be made alive (1 Cor. 15:21-22). Naturally, we bear the image of the first Adam, but supernaturally, we shall also bear the image of “the man of heaven” (1 Cor. 15:49).

Jesus’ work is ever-expanding from that garden tomb into all of the wilderness of this world, far as the curse is found. By His Spirit and through the witness of His church, the last Adam is being fruitful and multiplying image-bearers of Himself. Think of Jesus’ resurrection as a sneak preview of what is coming. Know for certain that the last Adam will certainly bring to fruition all of the good work He started in that garden on Easter morning. Do you trust Him?

I’m sure you’ve guessed by now that “explaining Easter” is a synonym for evangelism. On that note, I want to share with you five huge encouragements about evangelism. I can’t describe to you how happy it makes me that believing in God’s sovereign, decisive work in salvation is—far and away—the most encouraging truth I can think of when witnessing to children (or anyone, for that matter):

Remembering these awesome truths has opened my mouth and moved my feet more times than I can count. Explain what happened on Easter to everyone you know—little lambs and big sheep included. May God be with you as you announce His good news. 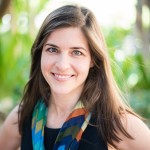 Gloria Furman is a wife, mother of four, cross-cultural worker, and writer. In 2008 her family moved to the Middle East to plant Redeemer Church of Dubai where her husband, Dave, serves as the pastor. She is the author of Glimpses of Grace, Treasuring Christ When Your Hands Are Full, The Pastor’s Wife, and Missional Motherhood.www.gloriafurman.com

Philippians 4:6 • "Don't worry about anything, b

Just when we thought some of our favorite Bible st

Curious about what you can expect from Lifeway Wom

"We pray because we know God's unchanging characte

Now on the #MARKEDpodcast: How Much More teaching

Have you heard? You can join one of Christian musi